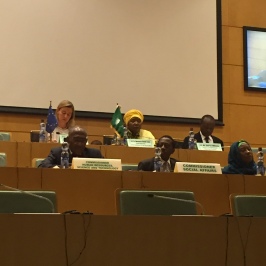 Beyond my interest in the international dimension of internal processes, I have also systematically studied the effects of institutions in domestic politics. In a co-authored article that Nasos Roussias (University of Sheffield) and I published in Comparative Political Studies we explored the links between regime type, electoral conduct, and political competition in Sub-Saharan Africa. In our piece, we raise several questions: Are the systematic effects of electoral rules the same across regime types? Does the conduct of elections affect the process of strategic coordination between voters and parties? When do votes count? The literature to date has not considered these issues and also analyzes elections in settings where a crucial set of its assumptions are clearly violated. We argued that the mechanism of strategic coordination only operates in democracies that hold free and fair elections, and exhibit the ways it the mechanism is not operative outside of this domain. To conduct this analysis we compiled a new data set on sub-Saharan African elections and demonstrated that the interaction of electoral rules and ethnopolitical cleavages predicts the number of parties only in democratic settings with free and fair elections, failing to produce substantive effects in nondemocratic ones.

Additionally, my teaching and policy engagement led to a policy memo on the EU enlargement policy in the Western Balkans. The financial crisis and the recent rounds of enlargement have raised doubts –if not hostility—toward existing, candidate and potential candidate states from the region among western European member states and their constituencies. At the same time popular support for the EU project is at a low point in many parts of the Western Balkans. The involvement of Turkey, Russia, as well as non-state actors in the region complicates the picture for the EU and the US. Realistically, we need to rethink first, the content of the European vision; second, what is the public good that is being provided by this club; and, third, whether the Union can expand and still produce the same quality of public goods as before. The EU, I argue, needs to implement the Lisbon Treaty more effectively. In short, overcoming the troubles at the center of the EU is as important for sustaining popular support in the Western Balkans as is the orientation of the local leadership, if not more. Euro-Atlantic integration may be the only viable alternative for the Western Balkans at the moment, but for it to remain the only alternative in the future the EU itself has to overcome this impasse. If we do not address these questions we may be talking past each other and more importantly over the heads of the citizens of the Western Balkans.